The WRC is back with round four in 2020, its first ever official trip to Estonia. A fresh start and a new event (4-6 September). Ready, willing and able to get the show back on the road. Watch the full 26 min. Preview Magazine and all stages LIVE on WRC+ (http://www.wrcplus.com/)

Watch LIVE rally! All stages of every rally live or on demand with live cameras on stage, onboard and in the air, including expert analysis, behind the scenes stories, split times and real time GPS tracking. Thousands of onboard videos with moving maps, speed, gear, pedal and steering data, rally highlights, and exclusive videos all available on demand anytime, on any device with your subscription to WRC+ All Live.
http://www.wrcplus.com/

eSports WRC Championship, is open to anyone, driving on the same roads and stages as the real-life WRC.
https://www.wrc.com/en/more/gaming/esports-wrc/

Videos, photos, stories and competitions to win on Instagram.
https://www.instagram.com/officialwrc/

The WRC is the FIA World Rally Championship, a tough motorsport using rally cars on real roads around the world. Watch the best rally drivers battle on gravel and asphalt roads with mud, rain, dust, ice and heat! Watch high speed action as the rally drivers power slide and drift round narrow corners, go flat out over a big jump or through a watersplash, handbrake turn round a hairpin, survive a big moment, or have a massive crash! Rally requires maximum attack and careful tactics to become world rally champion.

Each rally has timed sections called special stages, on closed roads. Drivers complete these stages as quickly as possible. A co-driver reads pace notes that explain the hazards ahead. Rally drivers use the same rally car to travel to each stage on public roads, following normal traffic regulations. The crew which completes all the stages in the shortest time is the rally winner. Championship points are won using the same scoring system as Formula 1. The championship is administered by Fédération Internationale de l'Automobile (FIA), motorsport's world governing body.

Car companies compete for the prestigious FIA World Rally Championship for Manufacturers awarded to the most successful WRC constructor. Winners include Citroen, Hyundai, Volkswagen and Peugeot. Ford have had success with the Ford Escort, Ford Focus and Ford Fiesta when the M-Sport team won in 2017.
The 1980's featured the iconic Group B rally cars like the Lancia 037 and Delta S4, Peugeot 205 T16, MG Metro 6R4, Ford RS200 and Audi Quattro.
Japan dominated the 1990s with the Mitsubishi Lancer, Subaru Impreza, and Toyota Celica and Toyota Corolla. Toyota returned to the WRC in 2017 with the Toyota Yaris WRC, winning in 2018. The 2019 championship was won by Hyundai with the Hyundai i20 Coupe WRC. Find out about the latest winners and champions at https://www.wrc.com 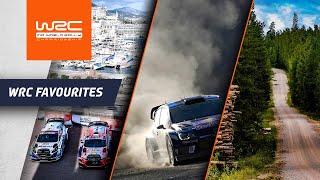 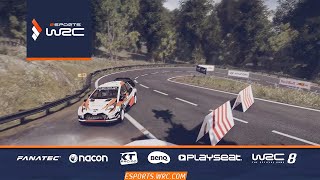 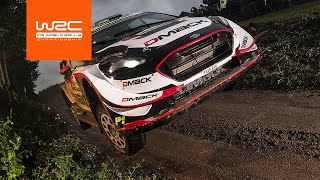 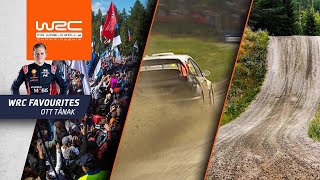 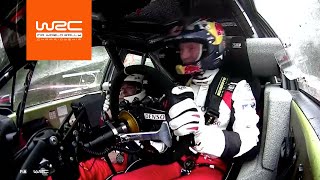